Here I am sitting in a caravan in Cornwall and blogging! Well the wifi is FREE and we love free. I realised that just before we came away we had been out for the day and Mr M pointed out a waterfall. I photographed it and promptly forgot I had done it until yesterday when I downloaded the pictures of idiots - a whole other story - and realised that I had a public garden as well as last weeks waterfall so here they are. 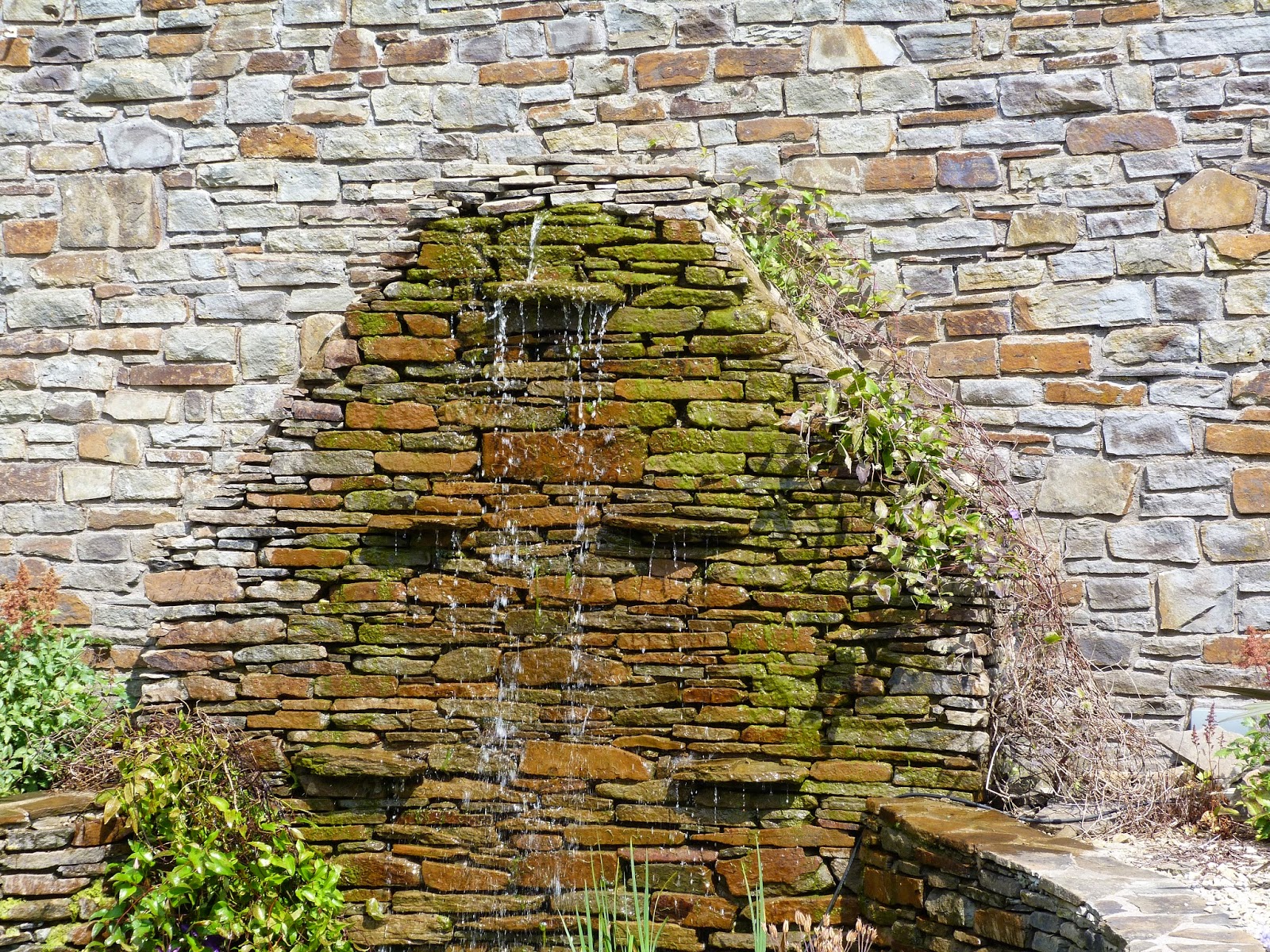 The waterfall is obviously man-made. it is at the festival park in Ebbw Vale. The public garden is on the promenade in Penzance. Yes we saw pirates, no they did not sing. We were at the beginning of a Treasure Trail, take a look at www.treasuretrails.co.uk to find out more. We didn't complete it because walking up hill is ok but coming back down is really too much for Mr Ms knees and at one point I was considering going to the carpark and driving the car back to him even though I can barely reach the pedals and I totally disappear from view when releasing the handbrake.
I still have a few items to capture for the hunt and the parade might have to be a substitute but we still have a few weeks yet so who knows
Posted by Ladkyis at 09:29 2 comments: