I have been scrapping again!

It seems to have been ages since I last sat down and "did" a proper page. I am not one for lots of embellishments or folderols. I like the picture to be visible and the story to be there with it. I like the writing to be clear and I have always thought that telling the story is the most important thing. I have been known to fancy up the occasional page but that is always the exception.

I have been going through the drawers of photographs. Yep, that's right, they all contain photographs dating back to the 1900s.
The ones collected by my Granny are still kept in Grandpop's Ditty box. At least those that haven't been scrapbooked yet.
OK so one of the drawers has my collection of postcards in it, so I am not sure it counts. Although I do use postcards in my scrapbooks when my own photographs are not good enough because of weather or being forbidden to use the camera inside a National Trust property. 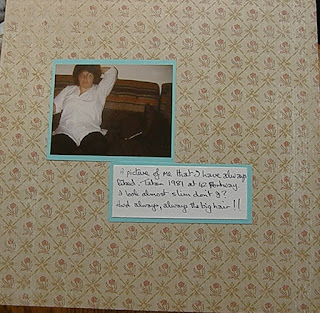 This is a picture of me taken in 1981 not long after Mr M and I got married. In fact we were on our Honeymoon! we got married on a Friday and had the whole weekend to ourselves because my children were staying elsewhere. We went to Goodrich Castle, then we went through the Forest of Dean and to Lechlade so it was just a skip down the road to Tadley where my new in-laws lived. I loved, and still do like a lot, the men's collarless shirt. I bought that one in a jumble sale for five pence and wore it until it fell to pieces. 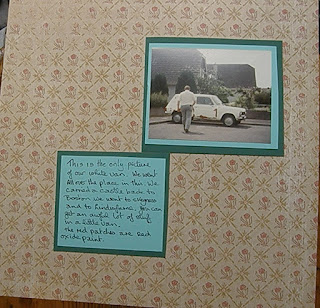 Our white van. It was a Dodge - it could also have been a Talbot or a Simca. All the same vehicle just made in different places by the same company. We loved it and it served us well. It looks a bit worn there but that is red oxide paint where we had rubbed down the rust spots and would eventually spray with white. That was the idea anyway. We never did get around to the spraying bit so for as long as it lasted it had the red patches. 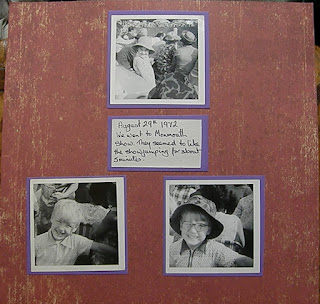 My three aged seven five and four. For several years Michael thought that Monmouth Show was put on especially for his birthday as we went every year until Dad stopped exhibiting his electric welders and retired. Just me and my kids enjoying the day out. Their Dad never came because Monmouth Show is always on a thursday and he worked nights and wouldn't take time off. 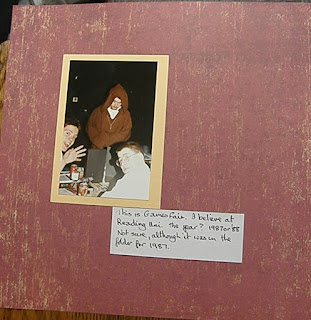 This is Gamesfair at Reading Uni just one of the games run by a friend. 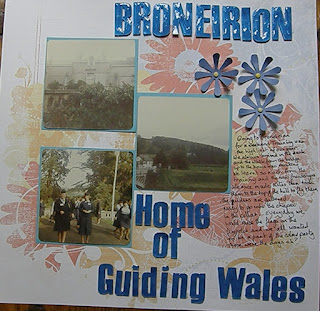 Three little snaps taken with an instamatic camera to record a training weekend at Broneirion in spring 1981. All I can say is that if you get the chance to go on a training weekend with the Girl Guides then jump at it. We had the most amazing fun and laughed the whole time. I remember that one year we all had to make kites and then take them up the hill and fly them. I laughed so much I couldn't climb the hill and had to crawl up. This made us all laugh even more. 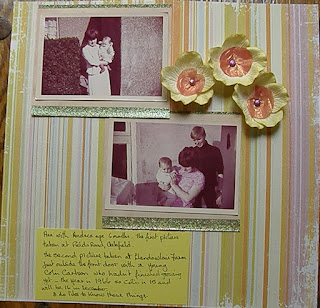 OH cute! didn't I look young there? Well that's because I was nineteen. I know, I know but I wouldn't change a thing. That tiny baby is all growed up now and her own daughter is seven years old and is my youngest granddaughter. 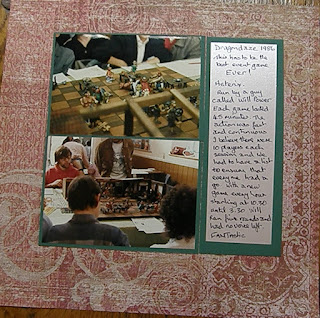 This is the best convention game EVER! This was taken at Dragondaze '86. The Roleplaying and wargaming convention we organised and ran here in Newport every year for several years.
A young man called Will Power, I kid you not, ran Asterix the Gaul. A Bar-room brawl game that was a fast and furious 45 minutes where the players had to really think on their feet about the actions of their character. Each session ended with most characters unconscious or dead and all the players breathless and laughing. I have never seen the like of it since.

So, some plain and simple pages just to show that I am not sitting here twiddling my thumbs. I might go back and put titles of some of these - on the other hand I will probably just dig out some more pictures and do some more pages.
Posted by Ladkyis at 02:47 No comments: